Back to all news

We’re willing to bet you’ve seen at least one episode of “Flip or Flop” or any number of other home makeover shows packing the HGTV schedule. There’s no denying the role they’ve played in motivating regular folks to get into the business of buying distressed houses, renovating them, and selling them. Easy-peasy, right? Fun, too! Glamorous, even.

But the reality is a bit more complicated than these heavily edited TV versions of real life would suggest. In fact, there’s an awful lot about flipping houses that the average investor probably doesn’t know. Below, we shed light on the myths about home flipping that buyers should never let cloud their judgment.

We have real estate TV shows to thank for fueling the idea that it’s possible for anyone with a contractor and a sense of design to flip a house. The truth is, flipping a house can be a big challenge.

And of course there’s always the possibility of hidden problems and repair costs.

“Problematic septic systems, rotten trusses, and unstable foundations can eat your profits alive if you’re not careful,” according to Brian Rudderow of the real estate investing firm Tactical Investing, in Colorado Springs, CO. “Every second of wasted time is another mortgage payment that you will be responsible for making.”

Myth 2: A house flip can be done quickly

On the small screen, home improvement gurus flip a house in a month or two, but Rudderow says house flipping can be an extremely complicated process, and sometimes a time-consuming one as well.

Experts can fully gut and flip a house in a month or two, but it’s because they have plenty of knowledge and experience under their belt.

Myth 3: Flipping houses is a way to get rich quick

Flipping houses can help you build wealth, but it’s not a path to immediate profitability.

“It normally takes first-time home investors much longer than they expect to complete a quality renovation, and they often make the mistake of forgetting that they will have to carry costs during the remodel,” says Andrey Sokurec, property investor, trainer, and owner of Homestead Road, in St. Louis Park, MN. Those costs include the actual price of the home, closing costs, and renovations.

On average, Sokurec says, an investor makes about $30,000 in profit on a flip. “But you also need to be prepared for the reality that you can actually lose money on a deal if surprises come up.”

According to Sokurec, $30,000 is the average amount investors make, so you might think that flipping a more expensive house can yield substantially higher profits. But this is not necessarily the case.

“The more expensive a property becomes, the more limited your buying demographic becomes. This can mean longer holding costs,” says James Judge, an agent at HomeSmart in Phoenix who has designed and flipped over 50 homes in the past five years.

Myth 5: You need loads of cash to flip a house

Yes, an unlimited budget will make flipping easier, but that doesn’t mean you need a boatload of cash to pull off a successful flip. If you don’t have a large nest egg, Sokurec says you can take out a home equity line of credit or get a business loan.

“Loans can come from a bank, mortgage broker, or private lender,” he says. “In fact, most first-time investors borrow the money from friends or family.” That’s because people without house-flipping experience will have a more difficult time getting financing.

Discover What Your
House Sells For “As Is”
×
×

We invite you to check out our new Feel the Joy Magazine, a Homestead Road publication created to share helpful, inspiring and fun content to our community of friends. This magazine publishes quarterly and features a variety of content intended to bring you and your family health and happiness.

Already subscribed? You can unsubscribe by clicking on the link 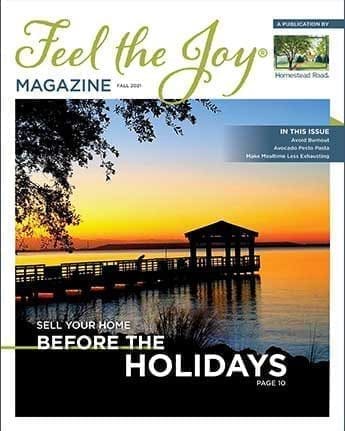 We would love your opinion